Named in honor of our founder, Mrs. Virginia “Gini” Brown, the Gini Awards recognize orthodontic providers, volunteers and individuals who have gone above and beyond to inspire hope, raise self-esteem and help change the lives of children across North America.

In recognition of their outstanding service to children’s oral health, the following individuals and organizations were selected as honorees for the 6th Annual Gini Awards. 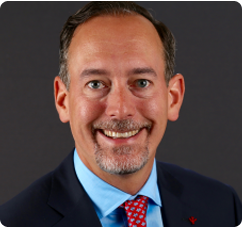 The Distinguished Service award is SCL’s premier recognition given annually for outstanding vision, exemplary dedication, commitment of time and excellence in improving the lives of children. Dr. Randall Markarian embodies the spirit of this award.

2016 marks the 10 year anniversary of Dr. Markarian’s affiliation with Smiles Change Lives. Within the decade, he has made an exceptional contribution to SCL with his skill and expertise toward the betterment of children’s lives in both Illinois and Missouri. It is only fitting that the Distinguished Service Award is bestowed to a most worthy honoree.

Dr. Randall Markarian was born and raised in Granite City, Illinois. His two older brothers, who are both dentists in the Belleville area, paved the way for Randall to pursue a career in dentistry.

Dr. Markarian attended Washington University in St. Louis where he was awarded a Bachelor’s degree in Biology in May of 1988. From, there, he went on to Southern Illinois University-School of Dental Medicine. He received his DMD from SIU-School of Dental Medicine and began his Orthodontic residency program at St. Louis University. He completed the two-year program and was awarded a Master of Science in Orthodontics. Just days after completing his training he opened his own office at its current location of 10 Park Place Professional Centre. Dr. Markarian has expanded his practice to Columbia and O’Fallon, Illinois.

Dr. Markarian is married to Annette, and they have three beautiful children, Grace, Gabrielle, and Gillian. He is an avid skier, enjoys watching and participating in various forms of motorsports, and not only plays the guitar but is a member of a local band Auto Diary that plays major St. Louis clubs. 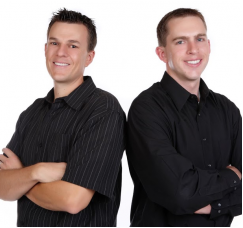 Dr. Dustin Coles, along with his brother, Dr. Tyler Coles, have committed to treat 100 SCL participants a year within their fours practices in the Phoenix AZ area. They are enthusiastic, dedicated and outstanding orthodontic providers who go above and beyond in bracing kids for a better future!

Dr. Coles came by the orthodontic profession naturally. He was born in Atlanta, GA and always had the desire to be a dentist like his father for as long as he can remember. He attended dental school and received his Doctor of Dental Surgery degree at Creighton University. He then completed a two year orthodontic residency at Indiana University along with his master’s degree in dental science.

Dr. Coles and his wife live in Arizona and have four children, Jaden, Maila, Makoa and a new baby boy Kainalu. When not working, he is a sports enthusiast and enjoys is an avid golfer, plays basketball, water ski’s, snowboard’s and wakeboard’s!

“I was born and raised in Utah, the youngest of five children. My father and three older siblings are dentists, so I grew up surrounded by dentistry. I had many chances to work in my father’s office growing up and developed an interest in dentistry from an early age.”

“I have enjoyed working alongside my older brother Dustin since joining his orthodontics team here in Arizona. I believe I have the best job in the world and I love being able to help patients have a beautiful smile that they will get to enjoy for the rest of their life!”

Dr. Coles and his wife Joanna have four children, Alex, Danny, Abby, and Rhys. During his free time he enjoys participating in sports such as basketball and running. He also enjoys playing and composing music on the guitar. 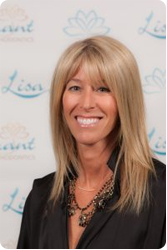 Dr. Grant is passionate about making a difference in the lives of others and committed to giving back to the people in her community. Since beginning her participation with Smiles Change Lives, she has eliminated the waiting list on the south side of Chicago and Northwest Indiana.

Dr. Grant’s continuing education events and her community outreach for SCL is unwavering and makes her one of Smiles Change Lives premier provider orthodontists.

Her desire to pursue a career in the health field developed at an early age, stemming from her own experience as a teenager with braces. She has been setting the highest standards of excellence in orthodontics since starting her practice in 1993. Dr. Grant feels privileged to be able to provide her orthodontic services, creating new smiles with braces that elevate self-esteem and confidence, while boosting overall happiness in life!

Outside of the office, Dr. Grant enjoys balancing life with yoga, working out, traveling, and cherishes time spent with her husband, Dr. Cary Goldberg, and their two beautiful daughters, Kendall, a future filmmaker extraordinaire, and Jolie, a talented dancer! 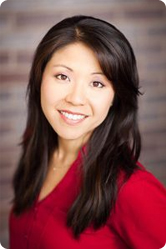 “The profound impact of orthodontic treatment led me to a career in orthodontics because I want to create smiles that create happiness for others. Now, as a mother, I have an appreciation for my parents in giving me the gift of a smile to change lives.”

Dr. Nellie Kim-Weroha has been a vital member of the SCL orthodontic provider family since 2008. Since receiving her Doctorate of Dental Surgery at UMKC, she has played an integral part of the success of SCL. With Dr. Kim’s dedication and support, SCL has become a preferred program of the Minnesota Association of Orthodontists, which has allows SCL to participate in the annual MAO meetings.

Dr. Kim has incorporated many initiatives that have helped SCL focus on the needs and expectations of the providers within the program. This input is invaluable to the SCL Board and staff. Partnering with Dr. Kim and her team is an absolute pleasure and we are delighted to honor her with a most deserved 2016 Gini Award.

Dr. Kim enjoys spending time with her family and friends, traveling to continuing education meetings with colleagues, and walking the family pug, Eby.

For the past five years, NorthStar Orthodontics has been a sponsor and business partner with Smiles Change Lives (SCL). This family business graciously donates one retainer for each SCL participant. Retainers are critical for maintaining the straight teeth and beautiful smile that everyone has worked together to achieve.

Cindy Kelly, CEO/CFO of NorthStar, also has roots in small-town Minnesota. After college she had her first contact with the dental profession as an Office Manager for an orthodontic practice, which later gave her the opportunity to understand chairside assisting and dental laboratory procedures. Cindy and John joined as business and life partners when they married in 1976. She is also active in many community organizations and was awarded the Minnesota Jaycees “10 Outstanding Citizens” award in 1989.

John E. D. Kelly, Co-founder of NorthStar Orthodontics, grew up in a tiny Minnesota community. Post-secondary education later found him in California working in a finance department of a large corporation. A short time later, feeling unfulfilled in his work life, he returned to school and received a degree in Dental Technology from Los Angeles City College. John then established two single-man dental laboratories in Texas and Arizona. In 1975, he returned to Minnesota to create NorthStar Orthodontics.

Conrad J. H. Kelly, Vice President of NorthStar, began working full-time at the family business in 2008. He is unsurpassed in computer networking and business management skills. Innovative and progressive, he is a valuable part of the team at NorthStar. Conrad is known for always looking ahead to make sure NorthStar stays on top of developing trends in the orthodontic industry. 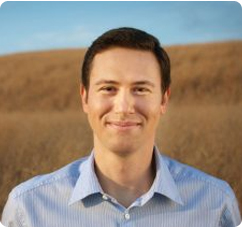 In addition to his law practice, Mr. Rob Bruchman has been dedicated to the mission of Smiles Change Lives for over a decade. His community partnership has played a major role in the expansion of SCL by recruiting sponsorships, and serving as a liaison between SCL and the greater Kansas City community.

Mr. Bruchman is a member of the Kansas House of Representatives where he has served on the following committees: Judiciary, Commerce and Economic Development, Energy and Utilities, House Rules and Special Claims Against the State and Insurance. We thank Rob for his continued support in bracing kids for a better future!

Ms. DJ Haman has been an ardent supporter of Smiles Change Lives since 2011. Through her work with the American Association of Orthodontists, DJ has secured booth space at some of the largest national and regional orthodontic conferences. Thanks to her dedication, SCL is able to meet with current providers and recruit new providers in North America. In addition, SCL is able to meet with business partners that are integral in helping add value to our providers efforts.

Thanks to DJ Haman, SCL has recruited hundreds of new orthodontic partners and has played a major role in SCL’s success of bracing kids for a better future! 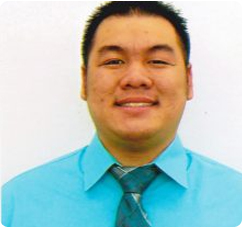 “A lifelong goal of mine is to help bring confidence to people by loving their smiles. Being part of SCL has brought me great happiness in the fact that I am able to give back to my community. SCL is a remarkable organization that truly helps underserved children gain a beautiful and confident smile for their future.”

With an administration staff of eight, volunteers are crucial to the success of SCL. UMKC pre-dental student, Mr. Mucheng Yang, joined the SCL volunteer team in 2013. In three years, and with over 250 hours of service, Mucheng’s work ethic and performance level have been exceptional. Always up to the task, Mucheng approaches each project with highest of professionalism and the SCL staff is always more than pleased with his results.

Since 2013, over 2,800 children have had their lives transformed through our program. Mucheng’s dedication to SCL plays a big part in that number and we are pleased to honor him with a 2016 Gini Award.

Originally from Hickory, NC, Mucheng moved to Kansas City to continue his education at UMKC. With his BA in biology and chemistry, he looks forward to dental school. Mucheng is an outdoor person and loves fishing and camping. He also enjoys music and playing the drums!