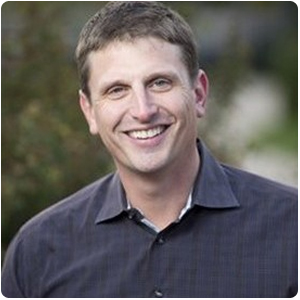 Congratulations to Dr. Christopher Carlson of Carlson Orthodontics in Duluth, Cloquet and Superior, WI, for being chosen as SCL’s Orthodontic Provider of the Week! We thank Dr. Carlson and his entire team for the generosity, dedication and outstanding service they provide to our SCL program participants!

“Being an orthodontist allows me to make people happy every single day, by helping them achieve and maintain both functional and beautiful smiles.” – Dr. Christopher Carlson

For seven years, Dr. Carlson has been a part of the SCL family of orthodontic providers. Since 2012 alone, Dr. Carlson and his team have treated 19 SCL kids in his community! We thank Dr. Carlson and his amazing team for their generous hearts and continued dedication to improving the lives of children by bracing kids for a better future!

Dr. Carlson earned his Bachelor of Science in Civil Engineering from the University of Michigan in Ann Arbor, and worked as an environmental engineer in Chicago for four years before pursuing a career in dentistry.

“I found myself working with numbers, not people, and it just was not as satisfying as I’d hoped it would be. I began to crave more interpersonal interactions on a daily basis, and after much consideration I decided dentistry would allow me to work with others and use my engineering skills virtually every day. I entered dental school in 1997 at Southern Illinois University in Alton, IL, just outside of St. Louis. I completed my orthodontic residency and earned my Master of Science at the University of Iowa in 2003.

As a native of Ironwood, Michigan, I met my wife, Amy, on the ski team while in college. We were married in 1995, and we have two children, Lauren and Erik. While in my residency at Iowa, we considered many different places to live, but ultimately chose Duluth because of the quality of life in the area: endless outdoor opportunities, great people, Lake Superior, yet still reasonably close to all that Minneapolis has to offer,” shares Dr. Carlson.